Following on from the recent success of our InstagramTV Space Echo and Binson Q&As we now present the edited video from the live session we did on the Grampian 636, and which naturally strayed into answering some questions about our recreation, the Soundgas Type 636.

Find that below, plus we have also added an update on progress with the build of our Type 636 units with the first 10 now being assembled, and a final three available to preorder. But first, UK electronic music pioneer/legend/polymath Jane Weaver popped into our studio last weekend – here she is (with guitarist Pete Philipson) getting to grips with the prototype Soundgas Type 636: 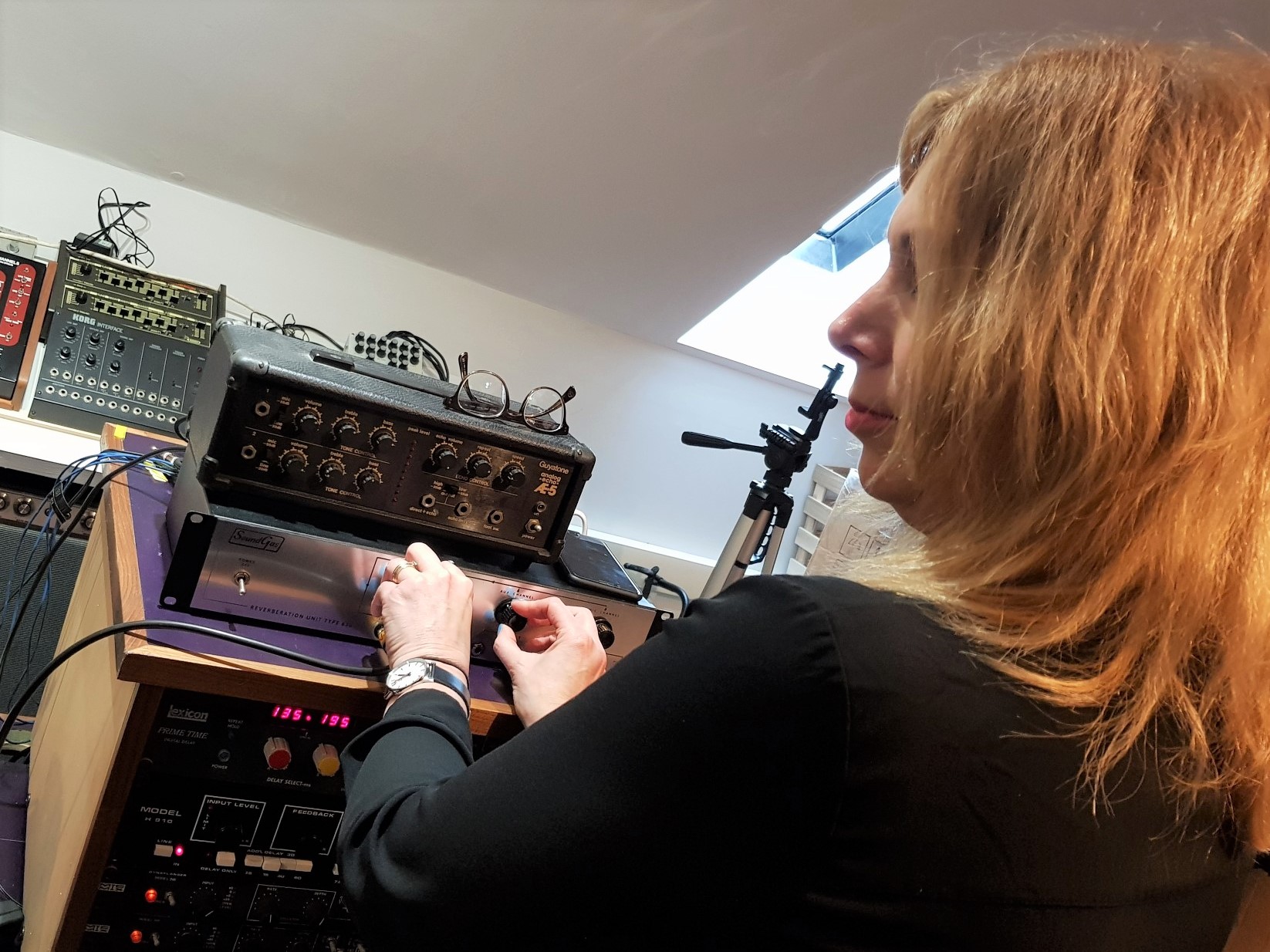 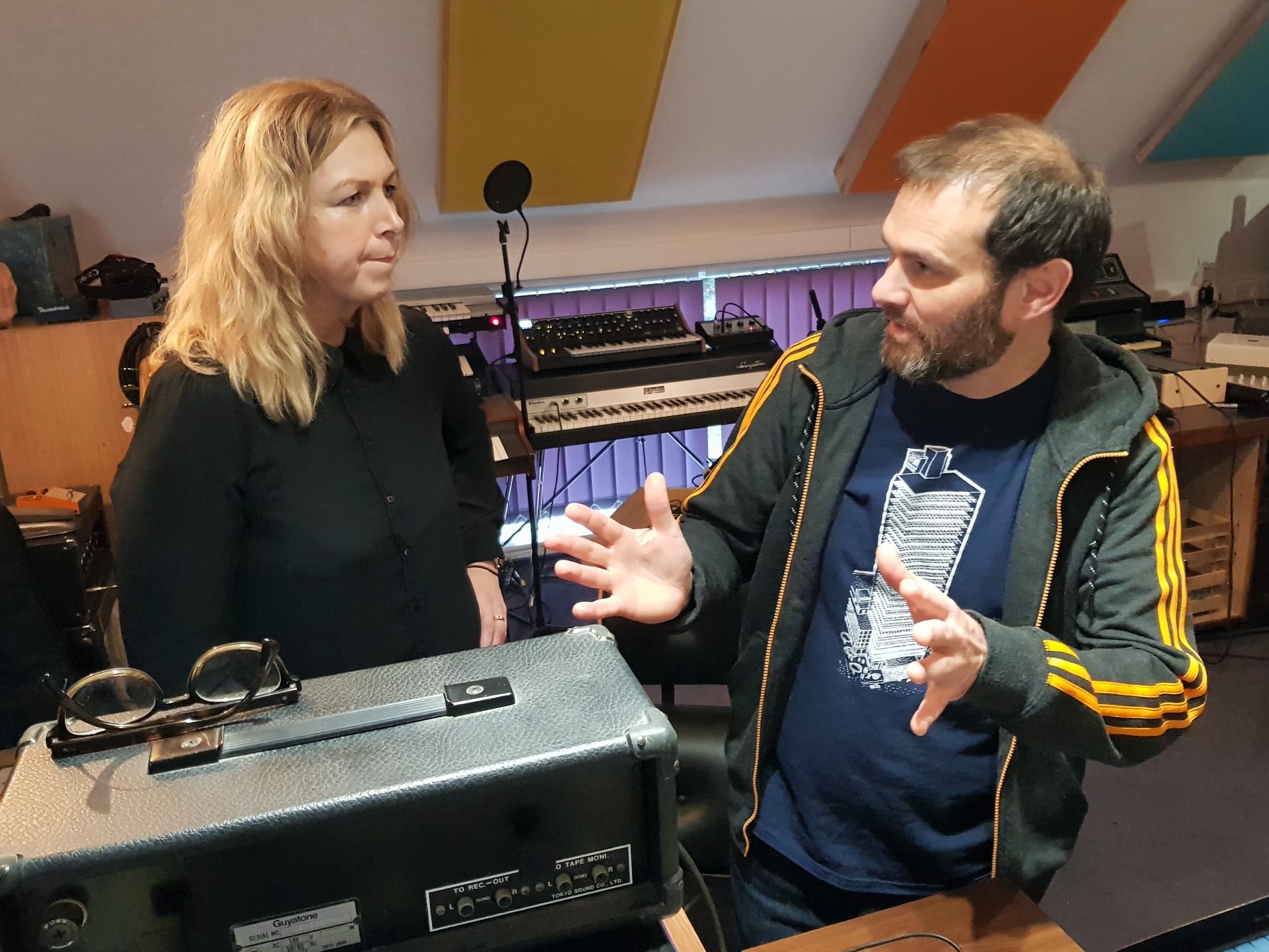 Watch both parts of the Grampian & Soundgas Type 636 Q&A now:

Live Q&A with Tony & Jo from the Soundgas Studio. Why we love these insane germanium spring reverbs – famously used and abused by @lee_scratch_perry and @yaggerdang

The second helping of germanium goodness from last week’s Instagram Live Q&A session – covering more about the legendary Grampian Type 636 reverb, plus more questions about our project to recreate this unit for the modern studio in the form of the Soundgas Type 636. PLUS! Tune in around midday GMT today for the next live session – Joel and Dec tell you everything you ever wanted to know about Roland Junos – live from the Soundgas Studio…

The journey of a new product, from initial design and prototyping to final build is rarely linear. Add vintage-inspired circuitry, complete with unknown and potentially unstable new old stock components, designed and overseen by a perfectionist making improvements and refinements even as we’re building the first units, and it’s not hard to see why I’m writing this.

Dr Huw’s attention to detail, and the dedication of the team working on the build on the Soundgas Type 636, is yielding exceptional results, if a little later than I’d suggested at the beginning of October.

(And as an important side note to this, if you are hoping to order one of these units at the time of writing we have three left available to preorder.) 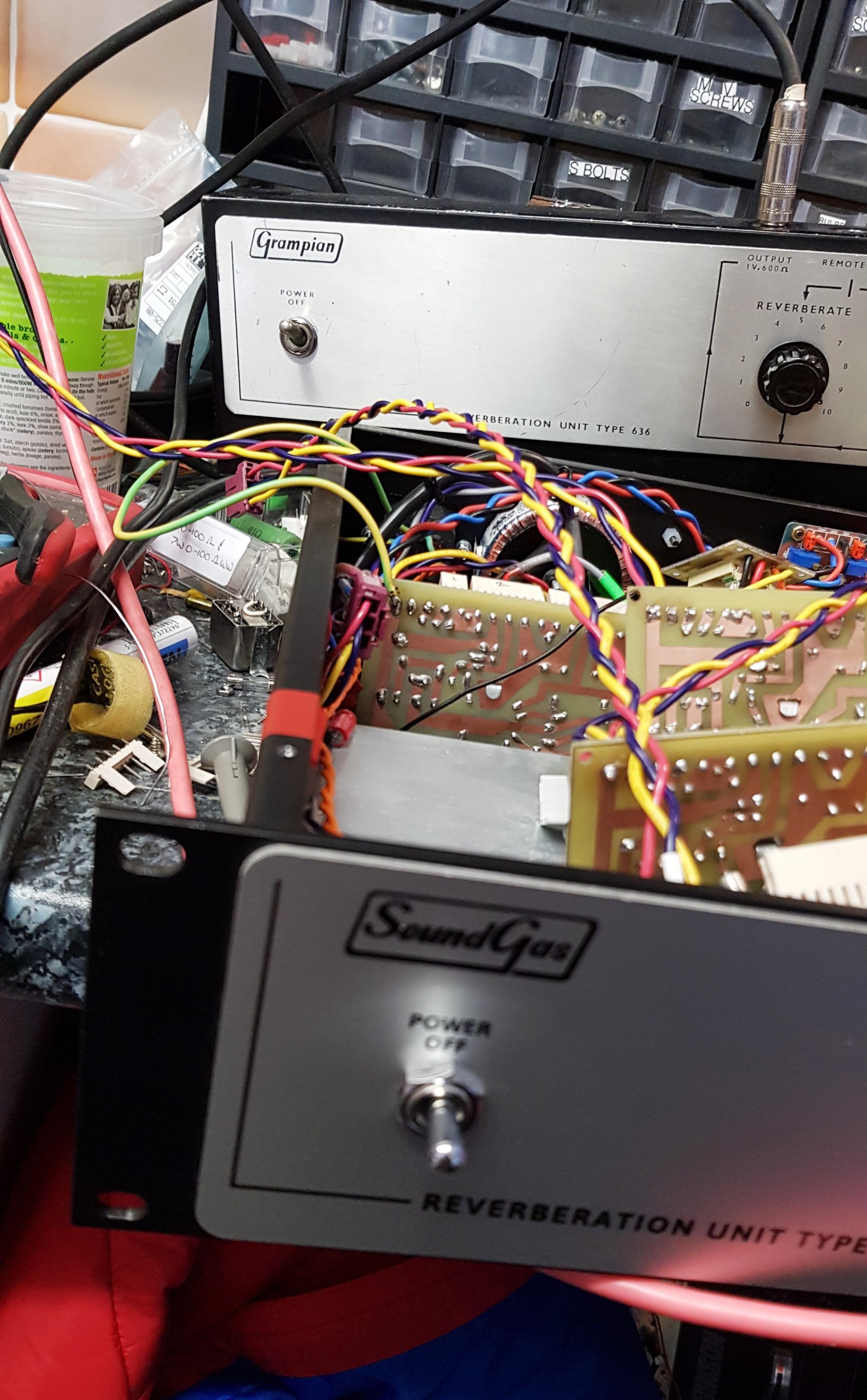 The first ten units are being put together as I write: all the boards are mounted on the rails and the cases are being filled with power supplies and sockets/switches. Dr Huw has been working to improve the buffer board design for the direct mic output and the new boards have been etched and populated, which has set us back a week or two. The buffer board features a period-correct germanium transistor circuit of his own design, but he felt it was colouring the sound of the direct output excessively. It has been completely redesigned and sounds even better than before. The ease with which we could drop the new buffer boards into the completed rails yet again vindicating his decision to design the 636 in modular form.

Working with germanium transistors brings with it extra complications, so a series of individual pcbs, connected via socketed cables, means should any component fail in future, the board can simply be unplugged, removed and returned to us for repair or exchange. In this case it has made it much easier to test new buffer designs: switching out a smaller board rather than having to modify or possibly rebuild a larger board. 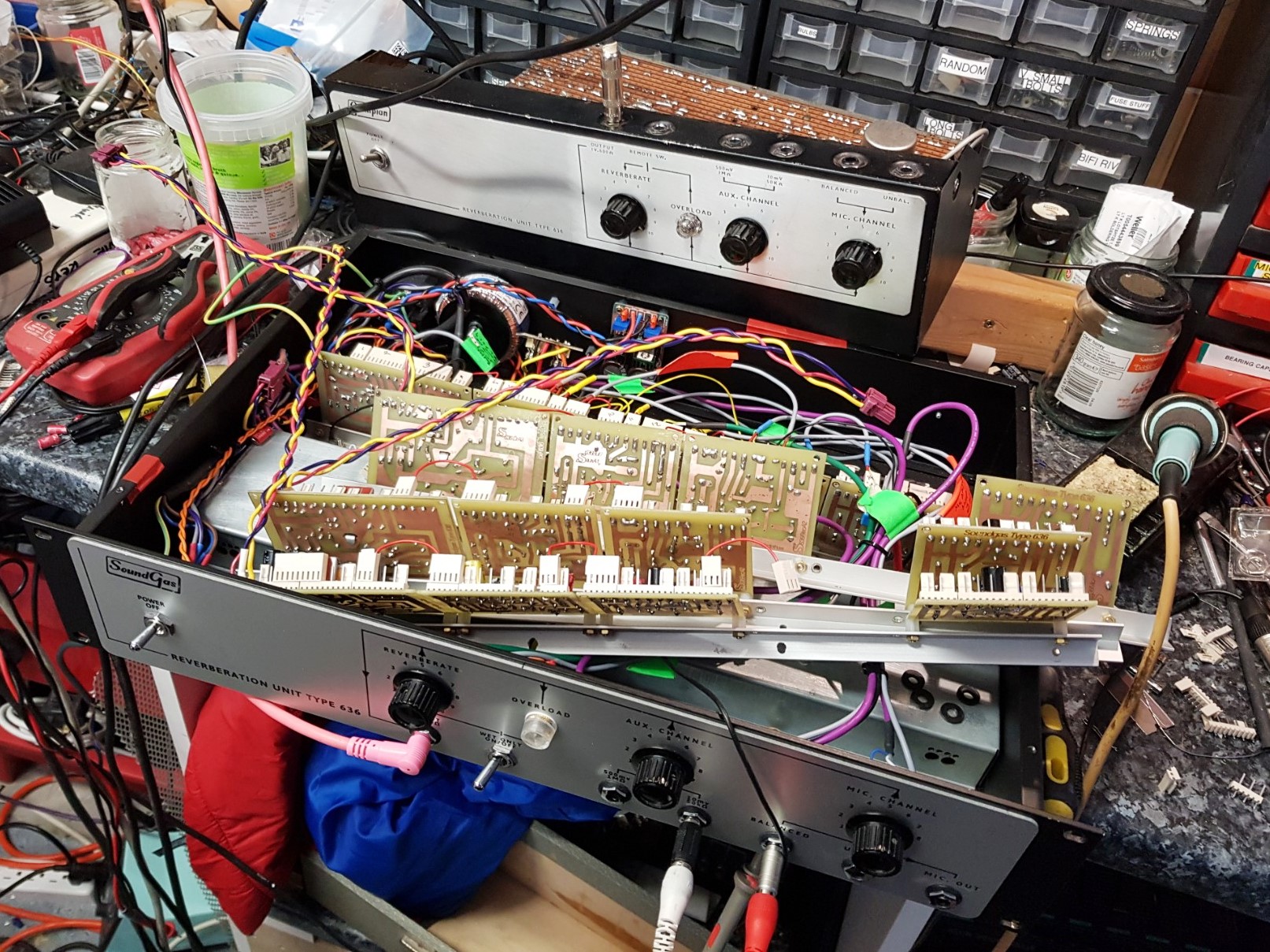 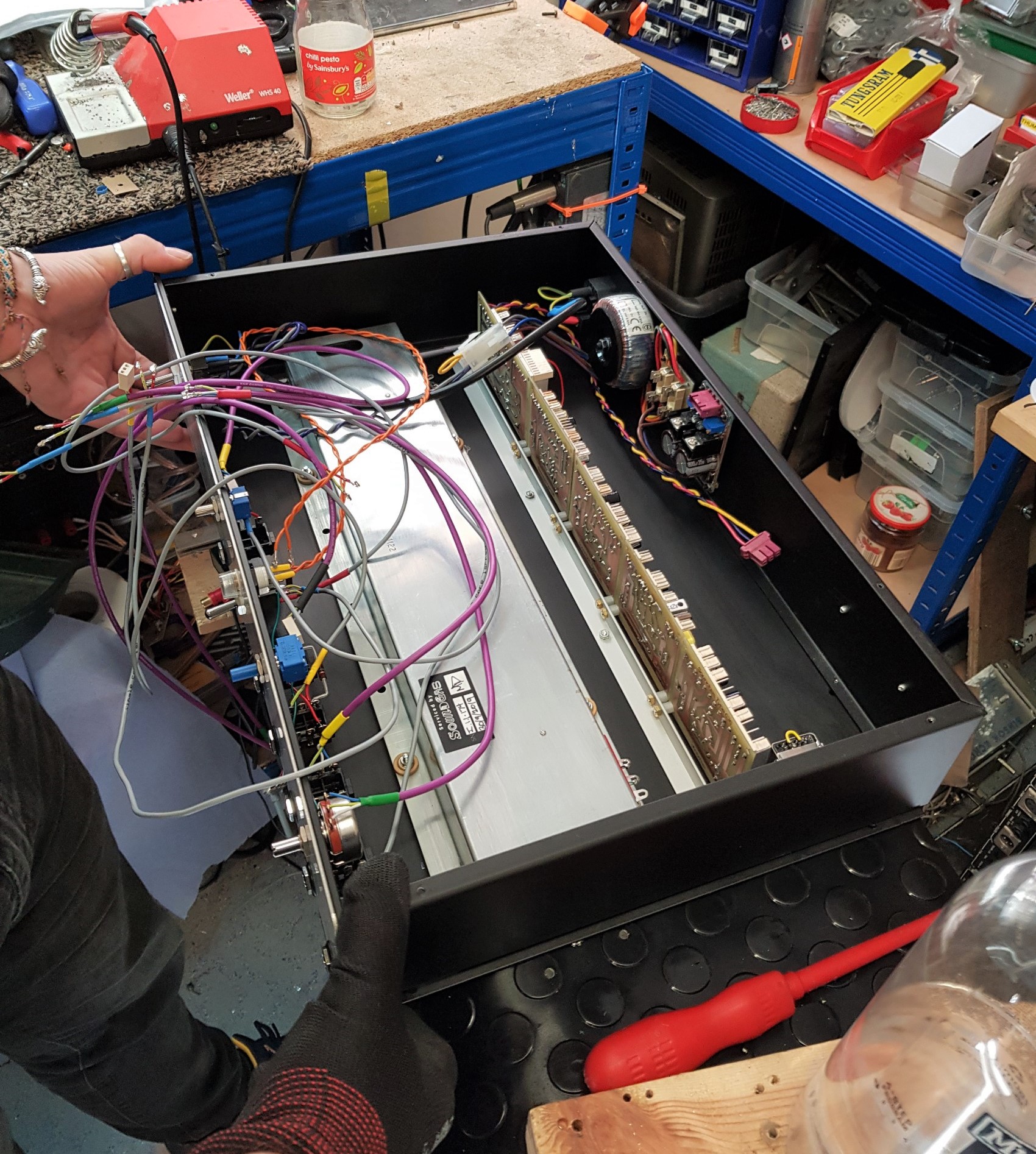 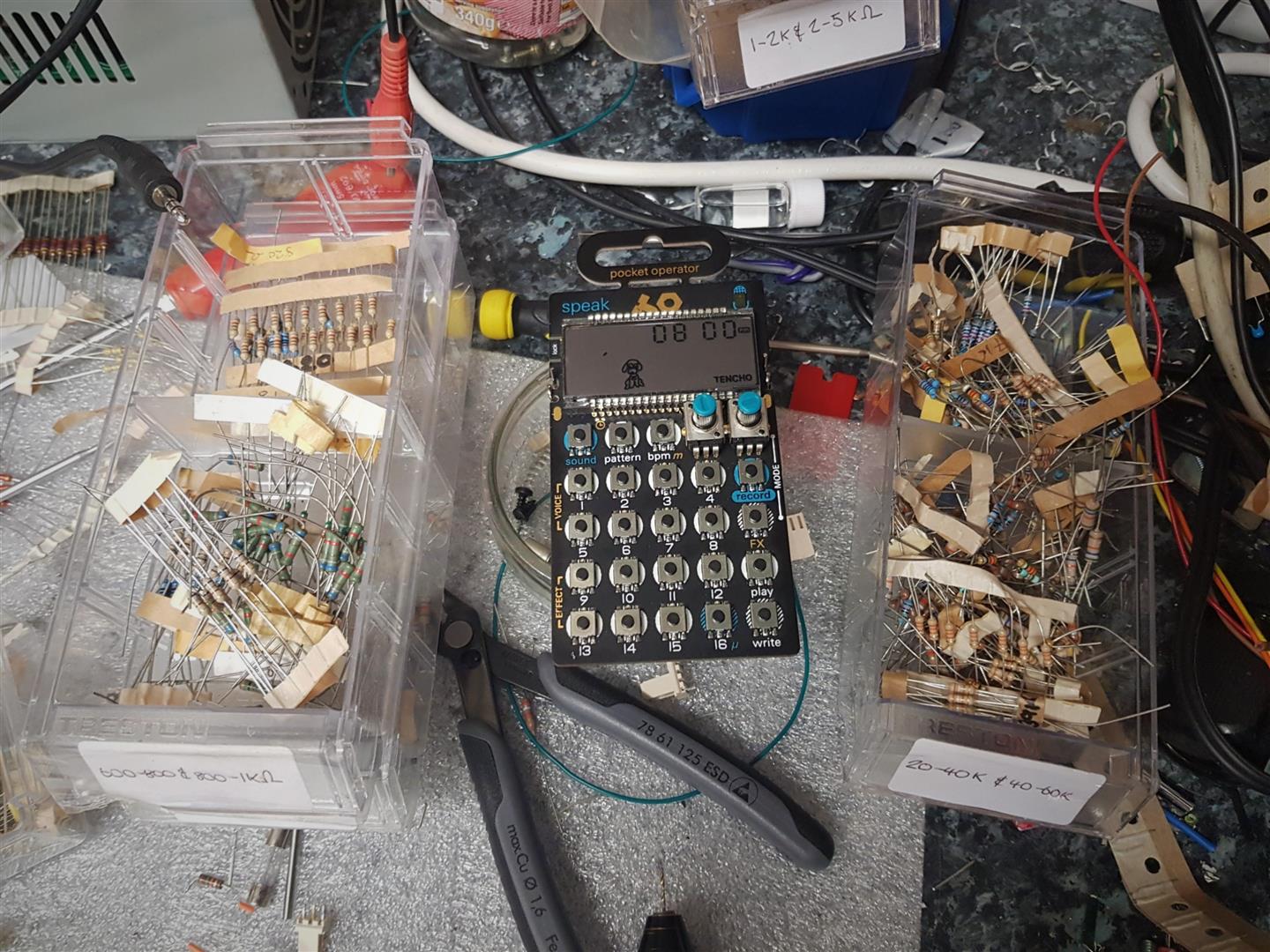 While we’re on the subject of germanium transistors, the process of selecting, testing, matching and tuning these NOS components is taking more time than anticipated. While it’s not too onerous to build one or two units and get good results – making twenty and maintaining consistency across all units (with multiple vintage components), is a whole other ballgame.

So we’re running a little late with the first ten 636s, for which I can only apologise, but I am delighted with the results – these incremental improvements and refinements mean we will be delivering a unit that closely matches or exceeds our reference Grampian Type 636 in performance – we are getting more low end and less hiss/noise.

The first ten should be completed by the end of next week, but we’ll want to run and calibrate them followed by a thorough soak test to burn in components. We expect to be shipping them out by the end of October: we will immediately move on to the second run of ten units which should ship in early December. 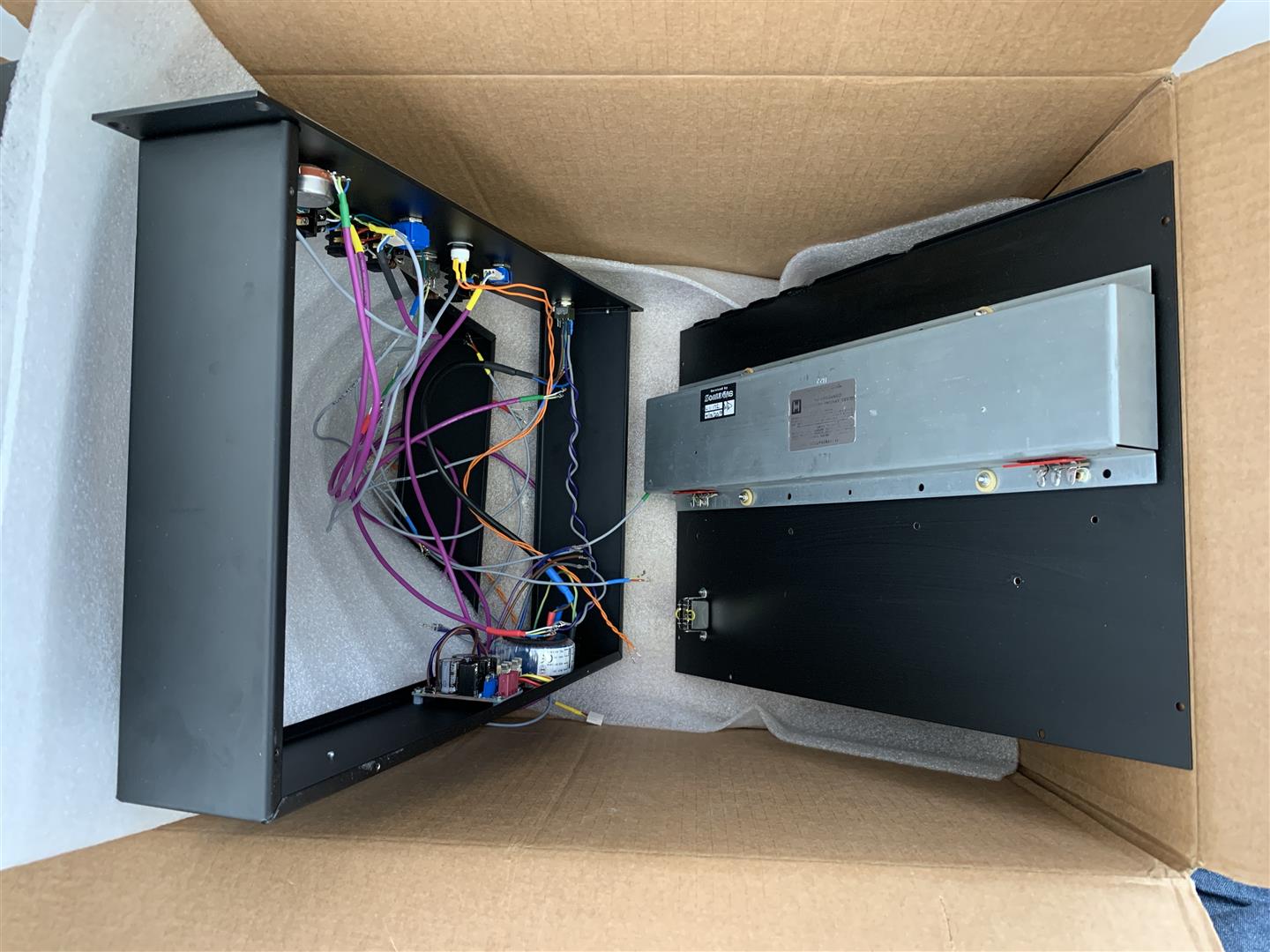